Some time ago, a close friend of mine was in desperate need of some physical healing.  Her friends were praying for it.  Her family.  Her church elders.  Even people who didn’t know her were agreeing in prayer that she would be healed.

I have frequently heard stories of sick people being made well.  Addictions being broken.  Relationships restored.  I have even experienced healing in myself.  In my own body.  In my own family.  A man at my church once had a tumor the size of a softball in his stomach.  The biopsy showed that the tumor was cancerous, so before he went in for surgery, a bunch of us laid our hands on him and prayed in Jesus’ name that he would be healed.  Doctors removed the tumor, and when they opened it up for further testing, they found it was hollow.  A shell.  Emptiness where the cancer had been.  And (as the story usually goes with healings), there was no medical explanation for it.

But this is not always the case.  Sometimes people don’t get better.  Sometimes people die.  Or worse, sometimes they live the rest of their days in extreme discomfort and suffering.  And the question that never seems to go away arises once again – why?

I have a dear friend who loves the Lord very much, who desires to please Him, and who walks with Him daily.  She believes that God always ALWAYS desires to heal and that He always can heal.  So the reason we are not healed when we ask for it has nothing to do with God.  He would if He “could”, but either we are doing something wrong, there is a spiritual attack happening, or something else is not right.  This friend argues that if God is not healing the problem, it is not God’s fault.

Many people disagree with her, pointing out that God may be withholding His power from His sick children to teach them about patience, to give them experiences that will help someone else in the future, to strengthen their faith.  But this friend of mine, she doesn’t like that.  She says, “That would be like me breaking my son’s arm just to teach him a lesson.  Or giving my daughter food poisoning just to make my other kids thankful that they have healthy bodies.  No, God would not do that.  If I, a wicked human, know how to give good things to my children, how much more would a perfect God know how to do that?  If someone is not receiving healing, God is not the one making that happen.  He would not do that.”  Makes sense, huh?

But the thing I always go back to when talking to this friend is, but isn’t that exactly what God did?

Didn’t God take His perfect Son, who lived in eternal bliss, and send Him to earth?  To a place of selfishness, destruction, disease, pain.  Just so we could experience Emmanuel – God with us?

And didn’t God allow His Son to be beat up, mocked, and killed by a bunch of evil, misguided men?  Just so those very men could experience salvation and forgiveness?

Didn’t God Himself reject His own Son for the sin that was piled on top of Him on the cross?  Just so the rest of us could be accepted with open arms into the Kingdom of God?

Jesus was the perfect child – He obeyed and respected His family, He listened to directions and followed the rules, He cared for others, He shared, He put Himself last.

And I was the dirty little neighbor girl, who pulled other kids’ hair, who stole toys, who shoved, who peed in other people’s lawns.

And I find myself shocked anew that God would exchange that perfect child.  For me.  The nasty little reject.  He took His Only Son and said, “No, Jesus.  I don’t want you right now.  I want her.”

Oh, His ways are not our ways.  His thoughts are not our thoughts.  May I be always willing to accept God’s “unfairness” – both the bad and the good.  May I accept His, “No, I’m not going to heal you right now,” just as easily as I accept His, “Yes, child, I want you.” 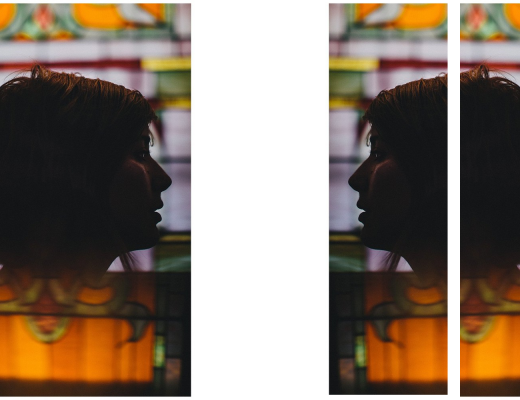